The real world is so fraught with conflict and suffering it’s no wonder I sometimes take refuge in the Whovian universe. While writing about “That’s The Way To The Zoo” (a song sung in “Ghost Light”), I became obsessed with taking screenshots:

From left to right: the Doctor, Control, Inspector Mackenzie, and Ace 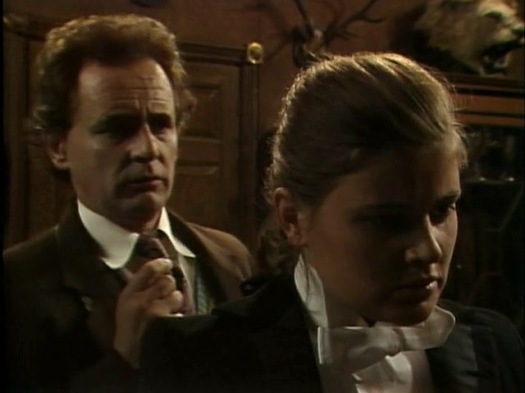 The Doctor and Ace: dramatic tension

Gordon Bennett! Suddenly I have a wicked headache. (Sophie Aldred)

Need a butler? Just bring your friendly neighbourhood Neanderthal out of stasis. 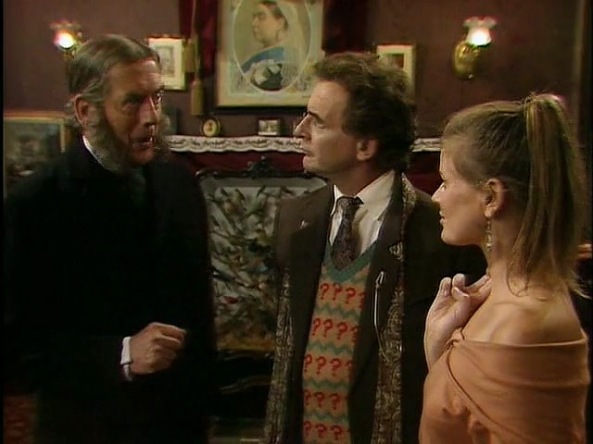 Under the gun: Such rude treatment from the Royal Geographical Society! 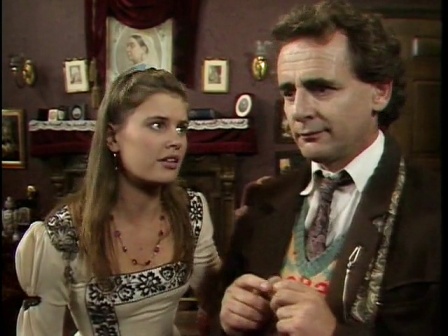 Ace and the Doctor: a defining moment

Ace teaches an evolving life form to say “The rain in Spain falls mainly down the drain.” (No, really!)

From an unfinished episode: Just to give the Doctor aggro, the Master turns Ace into a babushka doll. This episode remained unfinished because all the babushkas went on strike. Apparently their motto is “One out, the lot out.”

Sylvester does his Mr. Bean impression for Sophie

It’s getting very near the end: the last scene filmed for Doctor Who classic 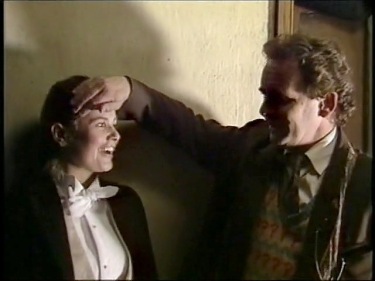 Sophie & Sylvester (who share the same birthday) fooling around between takes. The joke is that Sylvester is supposed to yell “Cover your eyes!” But because he’s blinded by the light he keeps covering inappropriate body parts, causing Sophie to totally crack up.

This fan page is intended to promote the BBC series Doctor Who. All source videos copyright BBC. Photoshopping and expressive captioning by Michael Howard.

One comment on “Doctor Who: Ghost Light Picture Gallery”