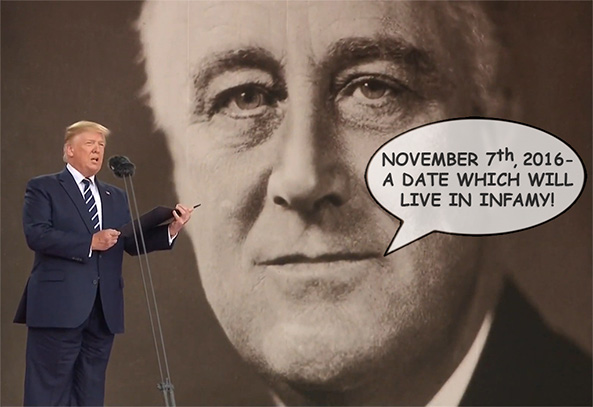 Flanked by the co-CEOs of Tex & Tex Inc., Donald Trump complains about his enemies, including “Bob Mueller and his group of 18 killers” (Wot???). But the new IG report out today shows that Trump’s cries of treason and infamy are merely manifestations of his rampant paranoia. Et tu, Horowitz? Cameo appearances by Kenneth Williams as Julius Caesar, and Sophie Aldred as the wot girl.

And yet, unhindered by facts, the Deep State plot to turn Trump’s brains to plutonium rages on!