How is Aldous Huxley’s vision of the future relevant to the present world pandemic?

The clip above is from a 1980 television production. It’s short enough that we can view it multiple times — take in all the contrasts and unfamiliar elements. A vital link of relevance is the song the children sing:

When there’s no one left,
Sing a song of death;
Four and twenty corpses
Baking in a stew,
Making pretty chemicals
Just for me and you.

The song is sung cheerfully, innocently, vapidly by the children; but the character known as the Savage is horrified and responds by passionately quoting lines from Shakespeare about death. So, we’re immediately confronted by two very different attitudes toward death.

It may be trite to say that Huxley was concerned with the ways in which people might misuse science. Perhaps (more accurately), he saw that people have surprisingly little control over how technical innovations reshape human society and human psychology. Much of what he predicted was eerily prescient, not necessarily in the exact forms things would take, but in the cheapening of human life and human death — the reduction of the human being to its chemical components only. END_OF_DOCUMENT_TOKEN_TO_BE_REPLACED

Some men have golden parachutes, others golden earrings. No matter how you parse it, Trump’s coronavirus pressers are an absolute shower.

This parody pic notwithstanding (and as Stormy Daniels can attest), Donald Trump should not be taken internally. Still, when a problem comes along, you must Reckitt. (Reckitt is the manufacturer of Lysol, which has had to issue warnings to the public not to put their household cleaning products to any exotic, clinically untested uses.)

The Trump PR shop has been slow to quash this corona-disaster du jour, suggesting they might benefit from these words of wisdom from the bards of the 80s generation: END_OF_DOCUMENT_TOKEN_TO_BE_REPLACED

Now is the time to discover the driving rhythms and uplifting vocal stylings of this world famous Qawwali artist.

I was very fortunate to first hear the music of Nusrat Fateh Ali Khan in the early 1990s. This was thanks to Garama Masala, a weekly radio show devoted to the music of South Asia, then hosted by Anastasia Tsioulcas on Columbia University’s WKCR. The show lives on under the new name Raag aur Taal, and Anastasia Tsioulcas is now a reporter for NPR Music. (Quoting Hecky Brown from The Front: “It’s nice when something nice happens to someone nice.”)

If you’re saying to yourself: “Qawwali? That’s all Greek to me…” don’t worry. This will be a quick and painless introduction, as easy as taking a bite out of a paratha to see if you have a taste for South Asian cuisine (or might like to acquire one). Without further ado, here’s one of the best pieces by Nusrat Fateh Ali Khan readily available on the Internet:

Like anything new, it helps to open yourself to it, give it a chance, even embrace it. This piece has gotten about 4 million hits on YouTube. There’s definitely something going on, but what is it? To quote a classic line from Butch Cassidy and the Sundance Kid: “Who are these guys?” END_OF_DOCUMENT_TOKEN_TO_BE_REPLACED 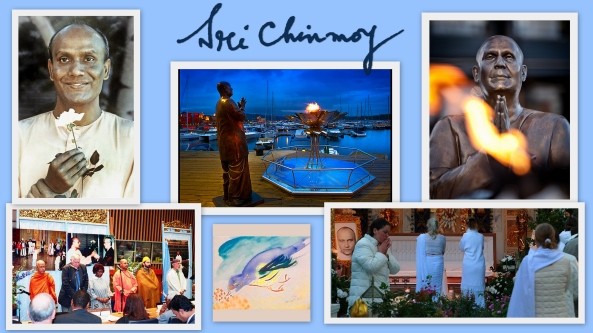 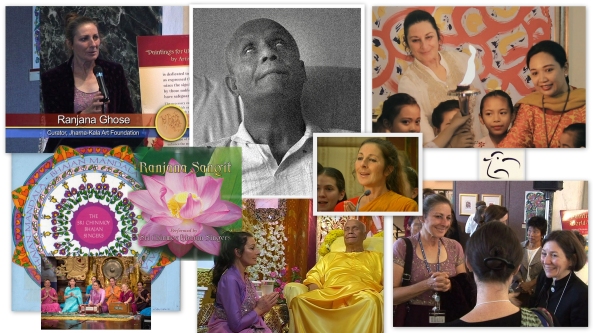 I’ve been beating the Baroque bushes on behalf of my readers, trying to find not just any recording of Bach’s B minor Mass, but the best recording on YouTube. Of course, the Mass in B minor is such a beautiful work that it’s hard to make it sound bad. Still, I think this 1969 recording with Karl Richter conducting sounds exceptionally good. It’s a warm analogue recording, and when the trumpets come in you can really hear the wonderful ambience of the church where it was recorded.

For Easter, we hear Et incarnatus, Crucifixus, and Et resurrexit:

These selections seem to be from a September 1969 recording released on DVD in 2006, and not easy to find. So in this case, YouTube saves us. END_OF_DOCUMENT_TOKEN_TO_BE_REPLACED

Should you face the pandemic day with cheerfulness, or take a hammer to that alarm clock?

I totally love this early (1969) Pink Panther cartoon for pushing an age-old conflict to the max. After demolishing a bunch of mechanical alarm clocks, the Pink Panther ventures out to procure a genuine cuckoo clock, perhaps hoping it will be more persuasive. I love that it’s a blue bird who helps him: END_OF_DOCUMENT_TOKEN_TO_BE_REPLACED